Review: Rambo, Last Blood – a travesty of a movie 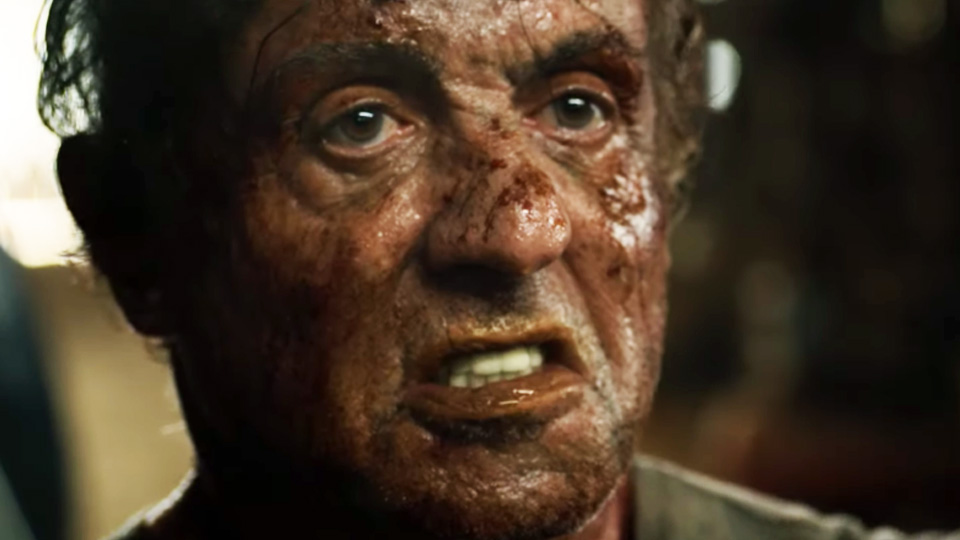 A movie should have a reason to be. It should teach the viewer something or touch them in some way. And a movie based around a central character should be more than just an excuse for an adventure similar to the last one.

First Blood (1982) had a purpose. It was the story of a Vietnam veteran whose physical and emotional scars meant he could never lead a normal life again. It spoke to the reality of American warriors who were lucky enough to come home, but who never properly arrived.

Rambo: First Blood Part II (1985) had a purpose too, and captured the mood of a nation. The post-Vietnam malaise was receding and America was resurgent. Now the anti-hero could become a hero again, return to the battlefield and save those comrades still in chains.

Rambo III (1988) followed in a similar vein. America had already had its Vietnam, and now John Rambo was heading to Afghanistan to ensure that the Russians had their Vietnam, too.

Rambo (2008) didn’t have much of a purpose, but compared to the disappointing latest installment in cinemas now – Rambo: Last Blood – it had some small merit.

Nobody goes to a Rambo movie expecting to see a cinematic masterpiece built around a plausible story structure.

As one would expect, the plot here is a simple one. A decade after his last firefight in South East Asia, the ageing vet has settled down to a quiet life on his family farm in Arizona.

While still haunted by his experiences, he seems content.

He has a family of sorts, and serves as a proxy father figure for Gabriela, whose own father abandoned her long before.

Against Rambo’s advice, Gabriela sets out across the Mexican border in a bid to find the man who left her and her mother behind. There she is drugged and kidnapped by a cartel that specialises in forced prostitution.

When Rambo finds out what has happened, he immediately heads south for one more rescue mission, no matter what the odds.

The script is poor and the characters are one-dimensional. The portrayal of Mexico is probably not motivated by bigotry but you could be forgiven for thinking it was.

The pacing is poor and allows for little or no character development; at 90 minutes long, we get just a glimpse of the peaceful life the protagonist enjoys before being plunged back into hell.

There are some good actors here, like Paz Vega of Spanglish fame, but they are not allowed to shine.

Then there is the violence, gratuitous and ridiculous.

At one point during a lengthy gun (and blade and arrow…it’s Rambo after all) battle, several viewers in the sparsely occupied cinema burst out laughing.

Of course, there was always a risible quality to the action scenes in Rambo movies. This is taken to the next level here though. It is hard to take a story seriously when it is peppered with such absurdity.

Maybe it is not meant to have a point, but on some level, the filmmakers do seem to try to portray the sombre reality of a warrior who only finds purpose in battle. “Live for nothing or die for something,” as he says himself.

That gets missing in action along the way.

There are other problems, among which are the obvious similarities between Rambo: Last Blood and Man on Fire, the 2004 drama starring Denzel Washington. There is the war-weary American soldier who rediscovers goodness in coming to know a young girl, the subsequent kidnapping, the quest for revenge, the investigative journalist who assists in the dispensing of vigilante justice.

It was a good movie, the first time around.

When it comes to a film franchise, it is sometimes good for a viewer to lower their expectations. But there is no reason to lower standards to the point where it is not surprising that nobody profits from the experience.

Stallone is not a particularly talented actor. The Vietnam War and the trauma it wrought no longer resonates with audiences. The Rambo series should never have been resurrected after Rambo III.

That said, it could have been done better than this.

Take the Wolverine movies as an example. By 2017, Hugh Jackman had portrayed the iconic mutant in almost a dozen movies spanning two decades.

Jackman was pushing 50 and some of the recent X-Men installments had been let-downs. It was time to finish up.

But as a finale, Logan marked a new high point in the series, bringing with it an emotional depth which few had expected. The fact that its makers had a tried and tested formula for success did not stop them from being ambitious in where they took the character and the audience.

Instead of going out with a whimper, Logan grossed over $600 million worldwide and was one of the best movies in recent years.

The series needed new blood and a new reason for the audience to care, beyond the prospect of seeing a washed-up boxer running up museum steps in Philadelphia.

With Creed and Creed II, they got that.

Rocky Balboa has been brought to a new audience but John Rambo has not.

If it really needed to be resurrected, then the series should have ended at the conclusion of the last movie in 2008. Rambo had finally arrived home, and as the credits began to roll he was walking the long road towards his house: a satisfying metaphor for the journey he and other Nam veterans had undertaken.

Whatever he had gone through, he had at least gotten to go home.

Rambo: Last Blood robs fans of this ending, and provides no meaningful new chapter in its place.

It is a pointless ending, and a travesty of a movie.

Rambo: Last Blood is currently showing in cinemas throughout Ireland

Amárach Lá Fhéile Phádraig – the end of a Raparee

A musical treat, and an invaluable teaching guide, from Sligo’s Carmel Gunning