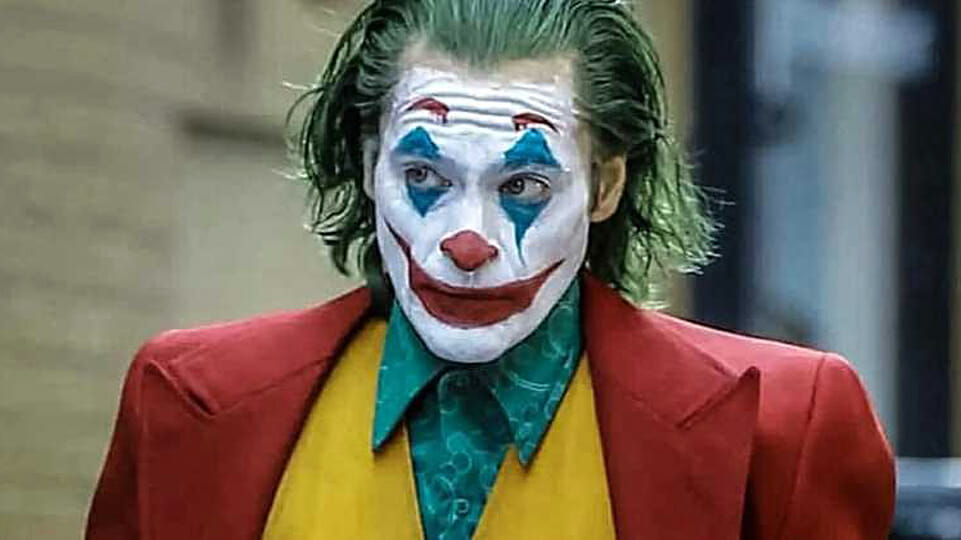 On more than one occasion during The Dark Knight,’ the Joker asked his terrified victims if they wanted to know how he got his scars.

The arch-villain offered several contradictory stories, none of which gave much insight into what set of events could have created a monster who takes such pleasure in death and chaos.

‘Joker,’ released here last Friday, provides an explanation about his scars: both the physical and psychological ones.

It has sharply divided critics.

Many have hailed the film and Joaquin Phoenix’s portrayal of the iconic madman.

Others have condemned the violent content and expressed fears about the elevation of the Joker from the role of antagonist to that of antihero.

The story is indeed darker and perhaps more violent than any comic book movie released in recent years.

Set in crime-plagued Gotham City in the early 1980s, ‘Joker’ presents viewers with the story of Arthur Fleck, a mentally ill young man who cares for his mother, herself plagued by psychological problems.

Their apartment building is decaying like the rest of the city and neither character has much of a connection with the outside world, except through the medium of television.

Arthur works odd jobs as a clown – cheering up patients in a children’s hospital and carrying signs outside struggling department stores.

He harbours aspirations to become a stand-up comedian, but his oddities – in particular his tendency to randomly burst into maniacal laughter – make those around him uncomfortable.

Mandatory visits to a counselor suggest that there has already been a serious incident of some sort, but the support available to Arthur is not enough. “You don’t listen do you?” he tells the counselor. “You just ask the same questions every week. How is your job? Are you having any negative thoughts?

‘All I have are negative thoughts…”

The circumstances are extreme, but they ring true to the reality of New York City and other major urban centres in America from the 1960s towards the end of the century. 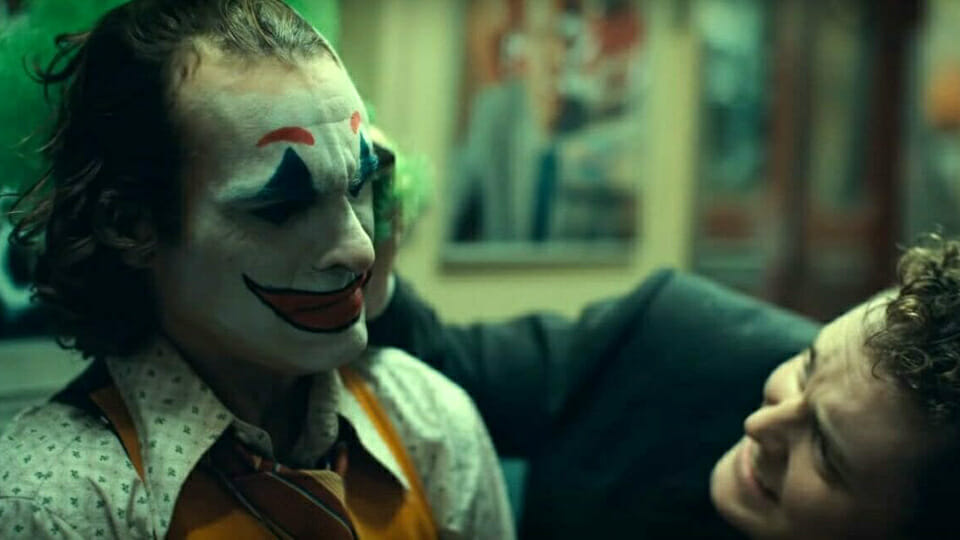 The (necessary and well-intentioned) shift away from the institutionalisation of the mentally ill came at a time of growing social unrest, sharp increases in violent crime and a dramatic increase in homelessness.

In this environment, large numbers of people fell through society’s cracks and never recovered.

Arthur’s rapid degeneration from social misfit to remorseless killer occurs in this grim milieu, and it is a testament to Joaquin Phoenix’s skills as an actor that this dramatic fall does not appear too sudden as to be unbelievable.

Phoenix transformed his own physique to play the role of the titular character and his depiction of a loner’s descent into madness is outstanding and disturbing in equal measure.

An Oscar for Best Actor is on the cards and would not be undeserved.

Director Todd Philipps – who also co-wrote the script – deserves enormous praise, particularly given the fact that his previous work has been in the area of comedy (‘Road Trip,’ ‘Old School,’ ‘The Hangover,’ etc).

From beginning to end, ‘Joker’ is an absorbing and intensely detailed story which greatly expands the boundaries of the genre.

The soundtrack is excellent and the setting is authentic.

Subject matter aside, the decision to make this film was a brave one for the director and the leading man alike.

‘The Dark Knight’ was one of the greatest blockbuster movies of all time, and Heath Ledger’s portrayal of the Joker – made more poignant by the young actor’s tragic death before its release – ranked as one for the ages.

To make a movie where a central focus was placed on the character was to invite comparisons which were always likely to be negative.

So, how does it compare?

‘Joker,’ on the other hand, is a more narrowly focused account of how a troubled and delusional outcast turns on society as a whole. 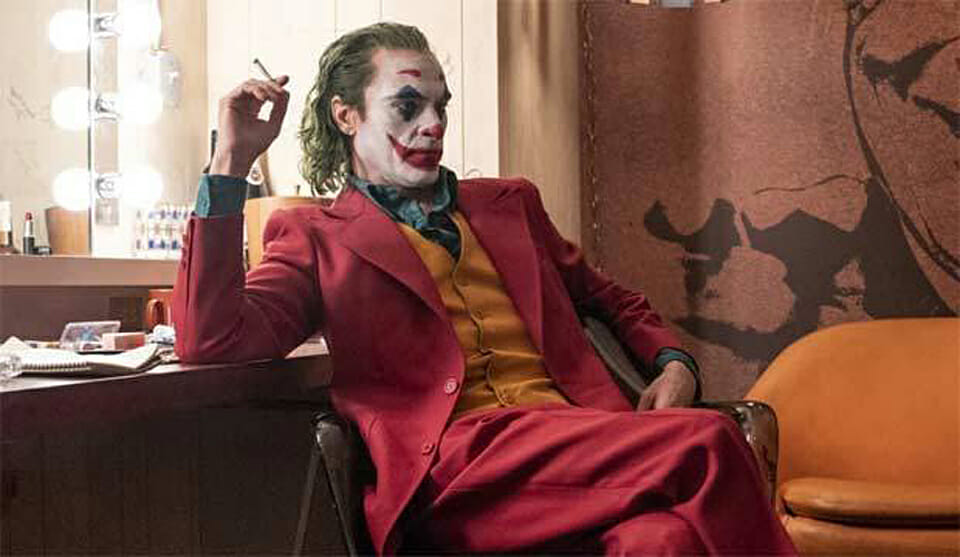 As a villain, Phoenix’s Joker is nowhere near as menacing as Ledger’s, but is certainly more multi-faceted, and inspires more than just fear.

In ‘The Dark Knight,’ Ledger stole the show, but in this film, Phoenix is the show.

The film’s broader implications account for a good deal of the criticism it has received, most of which has been unfair.

‘Joker’ absolutely does not glorify its central character, nor does it suggest that others should follow him.

The Gotham we see is ripe with unrest, and large segments of the population want to strike out at the wealthy and powerful, which is what the Joker eventually will do.

But there is no movement here to join or admire.

The Joker’s violent onslaught against forces of authority generates admiration and encourages copycats, but he has no agenda, no beliefs to promulgate and no cause to espouse.

As the Joker tells the talk show host Murray, he is not political. He has no rational thoughts, let alone a coherent policy platform for how society should change. He seeks only to destroy.

Batman, if he had been present here, would have served as an agent of justice. The Joker, on the other hand, is an agent of chaos.

The fact that we see the good in him before the darkness takes hold makes this account more frightening than if it was simply a story of how a one-dimensional villain embarked on a killing spree.

Above all else, the Joker is the voice of alienation in a society creaking at the seams.

What do you get, the Joker asks, when you ignore or mistreat troubled people in your midst and walk past them as if they were not there?

What happens when you turn such people into figures of ridicule for the amusement of others?

What happens when you push someone too far?

It is not pretty: in fact, it is grotesque. But ‘Joker’ is a film worth seeing.

A musical treat, and an invaluable teaching guide, from Sligo’s Carmel Gunning

BOOK REVIEW: Is the 21st century West a decadent society?