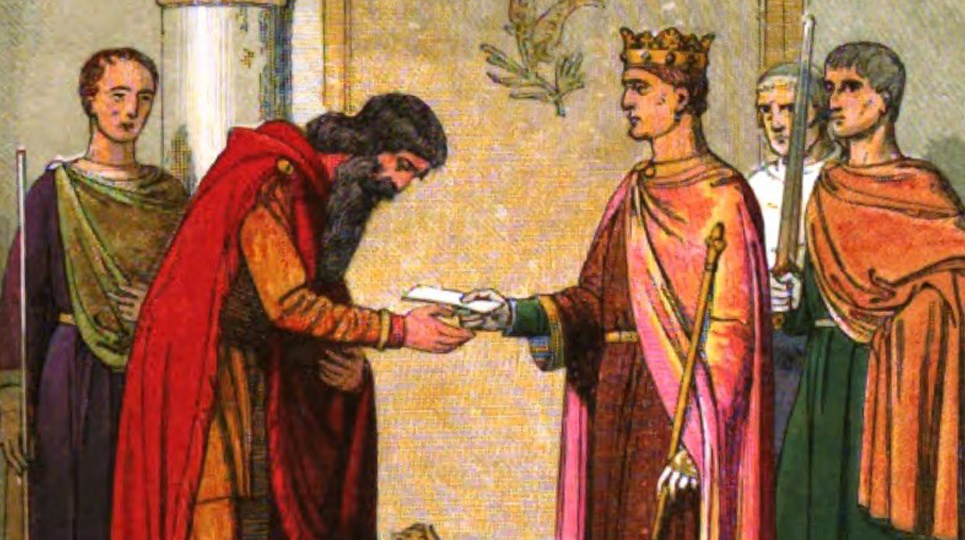 Richard de Clare, nicknamed Strongbow invaded Ireland to continue the earlier Norman invasion of 1169. Diarmait Mac Murchada was ousted as king of Leinster by a coalition led by the High King, Ruaidrí Ua Conchobair. He fled Ireland and sought military assistance as he wanted to be King of Leinster, and ultimately Ireland, but had to seek foreign aid to try and accomplish that.

The arrival of  Strongbow was described in the Annals of Ulster as “the beginning of the woes of Ireland”.

The move soon backfired when the Normans took his domain for themselves. He returned to Ferns and died there suddenly in May 1171. But Strongbow and his armies stayed. Upon Mac Murchada’s death, Strongbow became the first non-native ruler of an Irish province.

In the picture, Henry II ‘authorises’ Diarmait to ‘take back the kingdom of Leinster’. Credit: A Chronicle of England (1864) by James Doyle 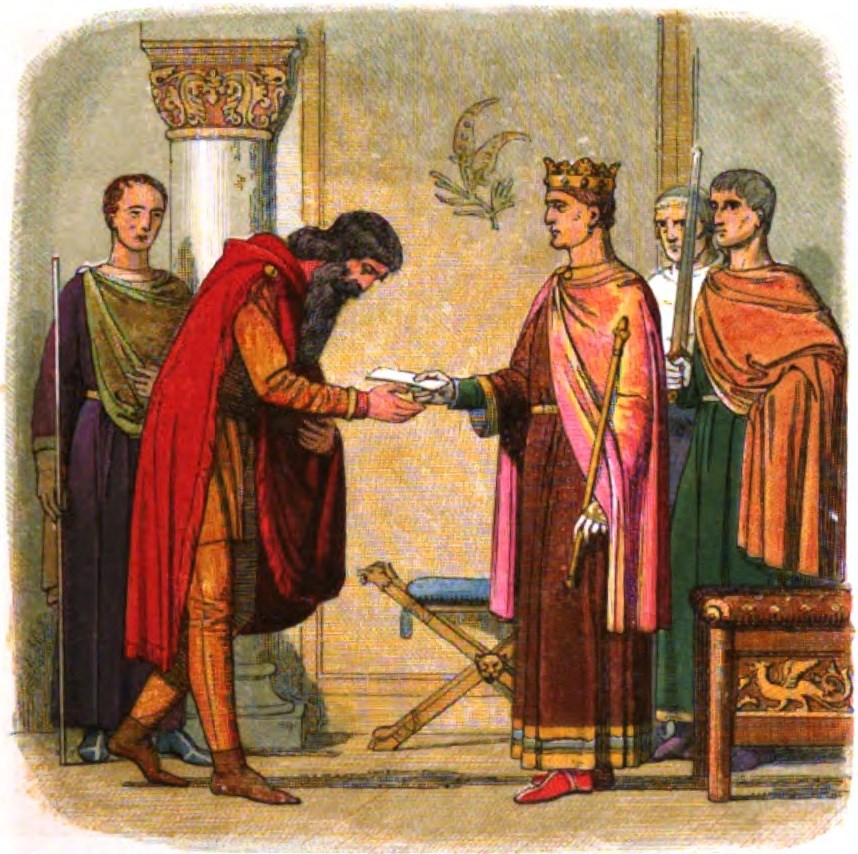