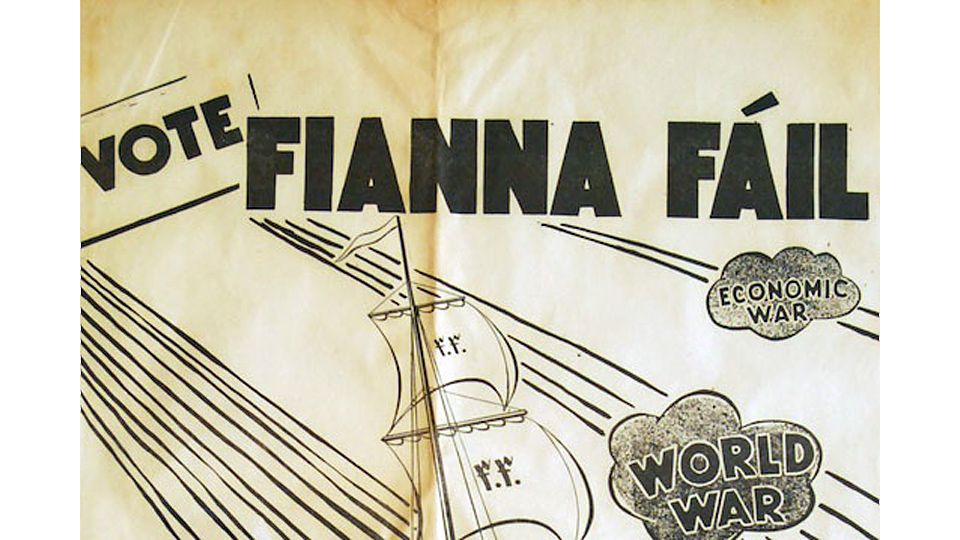 Yesterday’s poll in The Irish Mail on Sunday made clear what has been discernible for months: Fianna Fáil is becoming more irrelevant by the day.

In sharp contrast, Micheál Martin’s party commands the support of 12% of the Irish public – far below the vote share they received in 2011 after bankrupting the State.

The events of 2008-2011 had been thought to represent the ultimate nadir in Fianna Fáil’s fortunes, but in his first month as Taoiseach, Martin has shown that they can sink much lower.

Entering government has fulfilled Micheál Martin’s desperate personal ambition, but it has accelerated the decline of a party which won the most votes in every election from 1932 until 2011 (FF’s first election under the current leader).

Never in the history of Irish politics has the first month of a new Taoiseach’s term been more disastrous.

The vocal, public criticism of Martin by TDs who were overlooked for ministerial promotions cast the party in the worst possible light.

However, this in-fighting cannot just be written off as bad behaviour on the part of those who were passed over.

The public disputes were the direct result of the poor relationship between Martin and the TDs and rank-and-file members who he has ignored and spurned for years.

The fact that Martin did not consider the deputy leader Dara Calleary to be deserving of a Cabinet ministry demonstrated his feelings for a parliamentary party he likely views as being unworthy of his leadership.

Cowengate compounded the difficulties, by showing Fianna Fáil at its worst and most reckless. Cowen’s party colleague Thomas Byrne allegedly being the source of the story adds to the farcical element, while providing further evidence of the toxic relationship inside the Soldiers of Destiny’s camp.

Destroying the country’s economy cost Fianna Fáil half its supporters a decade ago. Since then, another half have abandoned the sinking ship.

What reason is there to support them?

Whatever their failings, Fine Gael has a purpose, a core base and a sense of what the party exists to do.

This could be seen throughout the government formation process, when Fine Gael were seen to be pushing back against the most extreme Green policies.

Whether they deliver on their promises or not, the 35+% of the public who currently support them have a somewhat clear idea of what they offer: stability, addressing the concerns of business and farming groups and opposing Sinn Féin and the hard left.

The Green Party has an even clearer raison d’être: dramatically cutting carbon emissions across all areas and putting environmental concerns first.

What does Fianna Fáil stand for? What areas would they not compromise on during government formation talks? What have they achieved in entering government, other than making Micheál Martin Taoiseach?

There is a Fianna Fáil-leaning demographic in the country, undoubtedly. It is centre-left on economic issues, it is more nationalistic than Fine Gael’s base and crucially, it is more socially conservative than the support base of any other major party.

Successive leaders succeeded and won elections by embracing these voters.

Micheál Martin’s political strategy over the last decade has involved purposely antagonising these voters in order to attract others who had never supported Fianna Fáil previously.

This strategy has been a disastrous failure. Not only have Woke progressives not flocked to FF, a large proportion of the faithful supporters have been alienated and driven away.

Five years in government during unprecedented will not bring them back. Carbon taxes, hate speech laws, additional gender quota measures and sex changes for children do not make up a recipe designed to satisfy Fianna Fáil voters.

More importantly, the disastrous start over the last few weeks is just a sign of what is to come.

The previous Fine Gael-led government was dogged by difficulties in health and housing which led to their poor showing in February’s general election.

Now, both the Department of Health and the Department of Housing are under the stewardship of Fianna Fáil ministers, and the party will attract most of the blame for the inevitable failures, while Varadkar and his FG cabinet colleagues enjoy less challenging postings.

The ‘rally ‘round the flag effect’ is real, and should provide some comfort in the coming weeks, but this effect will not last for very long as voters’ dissatisfaction with the economic difficulties and the challenges of life during Covid grows.

This too will damage Fianna Fáil more than it damages Fine Gael, as the greatest challenges we face will be in the first half of the government’s lifetime, after which Varadkar will resume the role that many voters wish he still had.

In fact, the contrast between Varadkar and Martin over the last month has been striking.

Quick thought experiment. If a foreign observer with no knowledge of recent history were to look at the two men’s performances, demeanours and the standing in which they are held by their party colleagues, which leader would they think had been in cabinet for almost a decade, and which would they think had just come to power?

Who appears fresh and who appears stale? Who has the title and who holds the power?

Yesterday’s poll points to one other significant development.

At 26% support, Sinn Féin is consolidating its recent gains, as shown in other polls since their breakthrough in February’s election.

Over the last century, Ireland has lacked a strong left-wing political party which could potentially lead a government.

Up until very recently, the fragmentation on the left and the strong aversion to SF among middle-class and left-liberal voters has stymied their progress.

That is quickly changing, and as leader of the opposition, Mary Lou McDonald will be well-placed to expand her support base further in the coming years.

At the next general election, the key two-horse battle will be between the Fine Gael leader and the leader of Sinn Féin.

Fianna Fáil will be in the race, but as nothing more than an also-ran.

That will be his legacy.

PEADAR TÓIBÍN: This is a war and it demands a war time response, including increased testing now