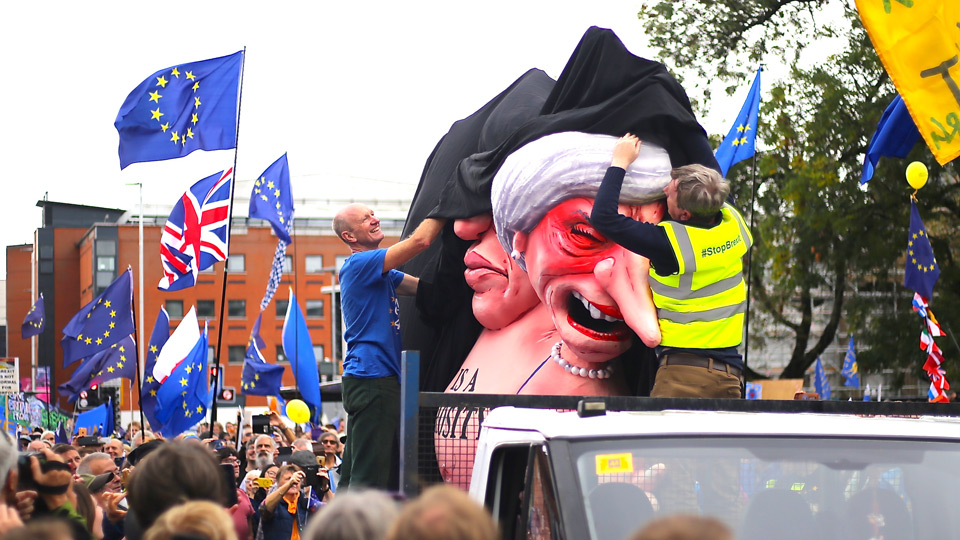 Brexit is a shambles.

The turmoil in the House of Commons constitutes national humiliation for Britain, and brings with intolerable uncertainty for ordinary people and businesses alike.

A good deal of the blame for the current situation rests with the hardline Eurosceptics who spent years glibly suggesting that exiting the EU would be a straight-forward process with few adverse consequences.

Closer to home, the complexities that the Border presents were grossly underestimated.

If British voters were to conclude at this point that they had been sold a pup, few would argue with them.

That being said, the reasons why we have gotten to the current point have been obscured by mistruths.

The problem is particularly noticeable here in Ireland where a one-sided national conversation about the EU impedes critical thinking.

Here and elsewhere, much of the discourse about Brexit runs like this: ‘The process has not succeeded, and it has been found that leaving the EU cannot work – it is time for a rethink.’

Not for nothing did Fintan O’Toole give his anti-Brexit book the title ‘Heroic Failure.’

But the failure here has been the failure to leave, as the country’s leaders promised they would.

Moreover, the campaign to reverse a ‘once in a generation’ decision did not start after three years of difficult negotiations.

It started the moment the referendum results were announced.

The EU referendum took place on June 23rd 2016. Just over two weeks later, the UK Government was presented with an online petition which four million people had signed calling for a second referendum, on the grounds that they had lost the first one.

That idea, born of petulance and entitlement, has gradually gained support.

As has occurred in Irish referendums on Europe, a large majority of the British establishment – political, economic and cultural – opposed the Leave option.

They will have been fully aware that previous setbacks for the European project in Ireland, France, the Netherlands and elsewhere has involved ignoring the public’s wishes, or simply having a second referendum.

They might well get their wish, but it won’t come with a heavy heart. When it comes to the EU, the option of a second referendum is usually a first resort.

It is strange that an organisation as self-evidently benevolent as the EU needs to be shielded from democracy.

That said, committed EU supporters such as the Liberal Democrat leader Nick Clegg had previously called for a referendum on membership, before changing their minds when they concluded they might lose.

Cameron’s decision to let British voters decide did not come on a whim, and it was not solely motivated by the need to contain a rising UKIP.

Unlike Irish voters, British voters had never been given the opportunity to say whether they approved of the Common Market morphing into an organisation with ever-deepening integration, free movement of people, a common foreign and security policy, etc.

In 2004, Prime Minister Tony Blair promised that the proposed EU Constitution would indeed be voted on.

But when it came to considering that slightly revised version of the Constitution – the Lisbon Treaty – Blair reneged. The Treaty was subsequently voted through the House of Commons, in spite of polls showing (a) public support from a referendum, and more importantly (b) public opposition to approving the Treaty.

If British voters had previously been asked about ever-closer union, they probably would never have needed an In/Out referendum to express their views on the EU.

Irish people, and particularly Irish leftists, are instinctively hostile to the Conservative Party.

Blaming the Conservatives for what has happened up until now is convenient. It is also wrong.

There is a long-standing tradition of Euroscepticism within Britain’s Left. It was a Labour government that held the original referendum on Europe in 1975, and the party later campaigned to leave the EEC in the 1980s.

The socialist icon Tony Benn was opposed to the EU throughout his career on the grounds that it was undemocratic and that its leadership were unaccountable.

A map of the UK showing the results of the last referendum demonstrates how traditional Labour heartlands such as broad swathes of the north of England voted to leave.

Indeed, on election night it was the landslide 61-39 Leave victory in Sunderland that sounded the death knell for the Remain campaign.

Working-class Leave voters have not left Labour either. Between three and four million people voted Leave in 2016 before voting Labour in 2017, and many Labour MPs represent Leave constituency.

Pretending that these people do not exist is fine, until you remember that elite disdain for the working-class has contributed to what has gone on up until this point.

A commonly-heard suggestion by anti-Brexit commentators is that the desire to leave Europe can be explained by reference to ‘Little Englanders’ who refuse to be part of any union they do not control.

Of all the dismissive tropes, this is probably the most transparently bogus one.

The Welsh are known for many things, but they are not known as strong supporters of English nationalism.

Scotland clearly voted to stay in the EU, but 38% of Scots wanted to leave. And in Northern Ireland, over 44% of the population – including most of the Protestant community – chose to leave.

Those figures deserve much reflection than they have received up until this point.

The idea that imperialism still clouds the minds of enthusiasts for self-government is an even more ridiculous one.

Since June 2019, British politicians have spoken a great deal about the need for future trading agreements, but they have said nothing at all about reconquering Zululand.

Fintan O’Toole has achieved great prominence in British Remain circles over the last few years by explaining to people with similar beliefs and biases to his own why some British people wanted to change their relationship with Europe.

When he gets a break from trips to London, he should visit Grimsby and ask some working-class people just how much they want to bring back the Empire.

A Guardian article about the answer to follow, obviously.

We are told that Brexit is all about immigration

The idea that a vote for Brexit was a vote against immigration – and immigrants – suits the Remain narrative. And it was certainly a factor.

But according to the Lord Ashcroft Polls data collected on the day of the referendum, 49% of Leave voters said the biggest reason for voting Leave was “the principle that decisions about the UK should be taken in the UK.”

Immigration and border control was the second biggest reason – with 33% of Leave voters saying it was their top priority.

Events after the Brexit vote do not suggest that anti-immigration prejudice is driving British politics.

As PM, Theresa May frequently gave assurances that those EU citizens now living in the UK would be allowed to remain post-Brexit.

More importantly, the Withdrawal Agreement that Parliament rejected several times would have brought about an end to freedom of movement.

If Brexit was only about immigration, that alone would have resulted in its endorsement.

Instead, opponents of the deal criticised it on the grounds that under its terms, Britain would not have full control over its own affairs.

Sovereignty, not immigration, was the sticking point. It still is.

We are told that Brexiteers blocked the Withdrawal Agreement

This is true, but only partially so.

The Commons voted against Theresa May’s deal three times, but on each occasion the main opposition came from Labour MPs, whose actions can be attributed to political opportunism and/or a desire to block Brexit completely.

The numerical strength of hardline ERG group – even when combined with the DUP – cannot compare to Jeremy Corbyn’s Labour Party.

Indeed, by the time of the third vote, many Eurosceptic Tories who disliked the Withdrawal Agreement, were prepared to vote for it so that Britain would leave the EU.

By voting against the Withdrawal Agreement en masse, Labour ensured that it was not enacted and as a result, this fiasco has dragged on.

Having promised in its 2017 general election manifesto to respect the Leave vote, they now see an opportunity to replace the Tory government and prevent Brexit.

Corbyn probably did not anticipate this outcome and has never been a major fan of the EU.

But the New Labour upper-echelons of both the Blair and Brown era have long been resolutely Europhile, and Corbyn’s rise has not changed that.

The current impasse suits them perfectly – yet this factor is rarely discussed.

The EU has every right to strike a hard bargain.

Back in 2016, it was reported that Michel Barnier, the EU’s chief negotiator, had said that he would have accomplished his task “if, in the end, the deal is so tough on the British that they’d prefer to stay in the EU.”

Those Brexiteers who complain about this deserve little sympathy.

But there is another dimension to the negotiation process.

It has been clear from the statements of leading federalists since June 2016 – especially statements from Guy Verhofstadt – that they do not wish Britain well after it leaves the Union.

Eurosceptic parties did well in the recent European elections. Although Salvini has left office in Italy, his party remains popular, as does Le Pen’s in France.

Poland and Hungary still have populist, nationalist governments that might one day seek a repatriation of powers from the EU.

If Britain succeeds economically outside the EU, that will add to the arguments of those in Europe who want their countries to leave the organisation, or those who want its powers pared back.

Britain inside the EU was an obstacle to ever-closer union, but a prosperous Britain outside the EU would do even more to undercut the argument that there can be no progress without the delegation of an increasing amount of power to Brussels.

Those running the EU have every reason to want Brexit, and Britain, to fail.

Of all the points that need to be considered in relation to Brexit, this one is the most under-discussed.

At this point, it changes little though.

The right course of action for a British voter in June 2016 would have been to vote to remain in the European Union, flawed though it is.

History will tell what the long-term consequences are, but up until now, for Britain, this has not been worth it.

That being said, it is not just the Brexiteers who are dishonest or delusional.