Film Review: The Conservatism of The Lion King 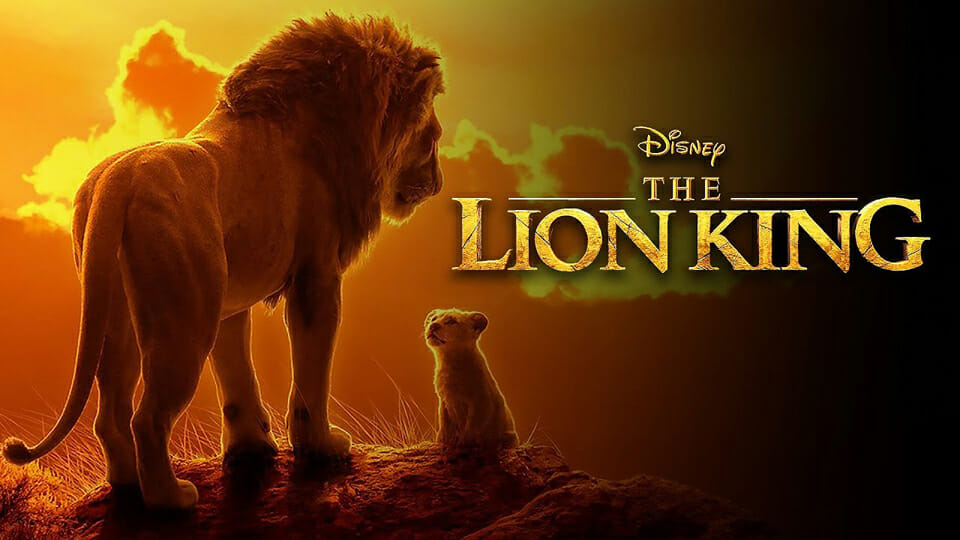 The new version of ‘The Lion King’ has received mixed reviews.

True, the CGI is highly impressive. The songs are entertaining, as is some of the new dialogue, particularly that involving the beloved meerkat/warthog combination, Timon and Pumbaa.

Overall though, this is the same story told once more, and in a less memorable fashion. The filmmakers have opted to play it safe by remaining extremely faithful to the original, meaning that there are no surprises.

Even though the computer animation is remarkable, unlike old-fashioned animation, it does not allow for the human-like facial expressions which were used to such great effect in the original.

This movie does not tug at the heartstrings or excite the senses as its predecessor did. There is nothing here to compare with the pathos of Simba cuddling his father’s lifeless body in the 1994 version, or that awe-inspiring moment when the ghost of Mufasa came forth from the clouds.

But that does not mean it was wrong to provide a new version of The Lion King, any more than it is wrong to re-stage a great play time and again.

The story is a great and timeless one. It is also profoundly conservative, so much so that it is surprising that the film has not been subjected to more criticism.

Consider the facts. The animal society which is centered around Pride Rock is monarchical, patriarchal and familial. Resolutely so, in fact.

The political system presented here is far from democratic. King Mufasa’s strength and bloodline make him ruler, nothing else.

Gender roles are sharply defined. Both the original and the remake begin and end with the presentation of a first-born son as the future king; there is certainly no prospect of any of the lionesses getting the top job.

Even worse is the absence of any sense of universality among the creatures. While the kingdom contains impressive levels of diversity, it is surrounded by borders (boo!), which it is the king’s duty to patrol and defend.

Far from being a stateless paradise on the savannah, there is a clear distinction between those who belong within those borders, and those who do not. The hyenas are not part of this kingdom and nor should they be.

By rights, The Lion King should be almost horrifying as The Handmaid’s Tale. And yet strangely, it is not. Why is this?

Why do supposedly progressive viewers find this reactionary monarch Mufasa and his backward society so compelling?

Mufasa has many virtues. The Lion King is strong – much stronger than any other animal in or around the kingdom – but he exercises this power with admirable restraint.

He is willing to use violence, but only when it is necessary to defend family and community. As the king himself explains, he is only brave when he has to be.

What is even more appealing are his words of wisdom, particularly those relating to individual responsibility and stewardship.

“Everything you see exists together in a delicate balance,” Mufasa explains to his young son and heir, as they patrol their land. “As king you need to understand that balance, and respect all the creatures, from the crawling ant to the leaping antelope.”

After Simba jeopardises the future of the pride by risking his life, Mufasa takes him aside and describes how the rulers of the past watch over those of the present. His role as king involves honouring the past, and safeguarding what has been passed down for the benefit of future generations.

Contrast this with the actions of the villain Scar, whose time as king is marked by definitive breaks with tradition which lead to great suffering all round.

Interestingly, the remake actually provides an expanded examination of Scar’s tactics when rallying support for his revolution.

Scar, like so many 20th century revolutionaries, is an embittered aristocrat. He is not hungry or oppressed. He has no real reason to rebel, other than envy and a lust for power. As he cannot become king by himself, he must build a support base, which involves looking to an external power.

Mufasa, Scar tells the hyenas, has exercised too much “restraint” in limiting hunting rights in the Pride Lands.

When I take over, he promises them, everyone will eat to their heart’s content, regardless of the consequences. Plenty is soon replaced by paucity, and the famine which ensues should be of no surprise to anyone who has studied modern history.

However, the contrast between Mufasa’s nobility and Scar’s villainy is of less significance than another crucial lesson contained within The Lion King.

Simba is the protagonist, but he is not always the hero that Mufasa is. During his time in exile, he falls under the influence of his friends and embraces a lifestyle which involves a conscious abdication of all responsibility.

Timon and Pumbaa’s philosophy is made as clear by their words as Mufasa’s was by his actions: life is meaningless, have fun, Hakuna Matata.

Simba is a sympathetic character at all times, but is only when he firmly rejects this self-indulgent life and chooses the path of greatest resistance that he becomes a heroic figure worthy of his father’s legacy.

Would the story of The Lion King be as famous or as loved if it concluded with Simba opting to continue to ignore his responsibilities to family and home?

Even those of us who too often live our lives in a similar manner to Timon and Pumbaa know – on some level – that there is an ideal standard against which all conduct should be judged. Simba only becomes heroic when he chooses to place others before himself, in the way his father always did. In the way all of us should do, but often fail to do.

That is why The Lion King was loved in 1994, and why it is still loved today. In a world of relativism, nihilism and civilisational decline, people are still instinctively drawn to stories which teach us the lessons which Mufasa taught Simba.

And whatever our challenges, the fact that the young are particularly fond of watching and listening to them should provide some hope for the future.