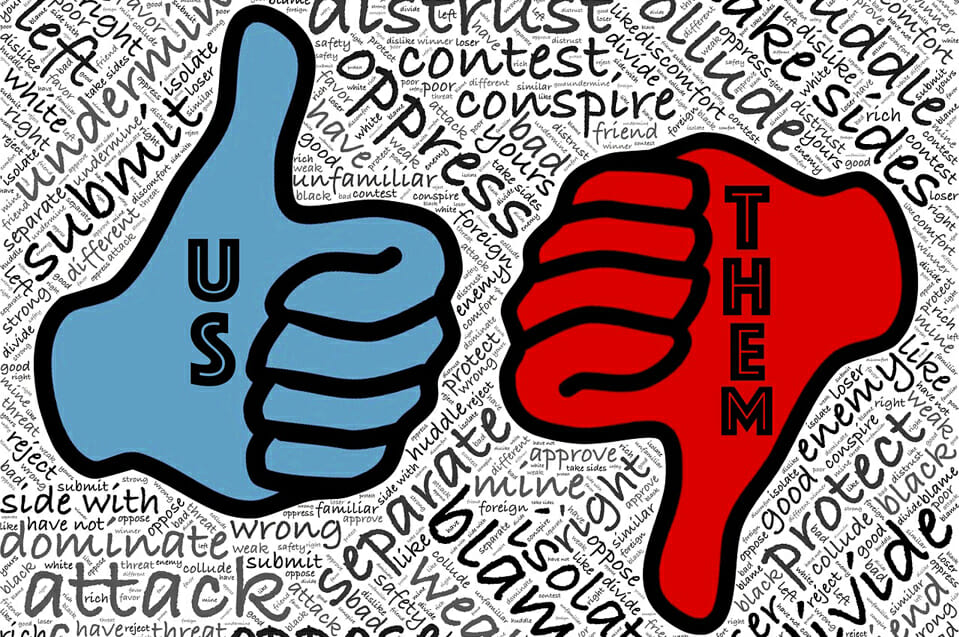 A Time to Build is the American political theorist Yuval Levin’s newly-published book.

Following on from his last work – The Fractured Republic, released in 2016 – the man who is arguably America’s foremost conservative intellectual once again addresses the theme of civil society and the role it plays in mediating between the individual human being and the state.

In The Fractured Republic, Levin described a growing atomisation and collectivism which is taking place simultaneously in the United States, not to mention elsewhere.

He argued that the increasing alienation of individuals in a world where community means less and less, and the corresponding increase in the size and power of centralised government, is exacerbating social problems and political divisions dramatically.

In A Time to Build, he continues in this vein by further examining the causes of growing social division in America.

But this time, he zeroes in on how declining faith in social institutions is creating an America which is beginning to resemble two warring camps.

By institution, the author refers to “the durable forms of our common life…the frameworks and structures of what we do together.”

It can be the family, the Church, a school system, a political institution, not to mention a wide variety of professions, each with their specific ethos.

The key issue being addressed here is not necessarily the work that any of these institutions perform in society.

Instead, it is the role that institutions play in socialising individuals from an early age, teaching them how to behave and helping them to relate to the world around us in all its complexity.

“They structure our perceptions and our interactions, and as a result they structure us,” Levin writes. “They form our habits, our expectations, and ultimately our character. By giving shape to our experience of life in society, institutions give shape to our place and to our understanding of its contours.”

Being part of a positive and purposeful social institution has a major impact on how we act, which helps us to exercise freedom in a free society responsibly.

Institutional formation of character, the author contends, “moves us to ask how we ought to think and behave with reference to a world beyond ourselves: ‘Given my role here, how should I act?’”

One of the key problems afflicting America, as Levin sees it, is that trust and confidence in America’s institutions has plummeted.

This is undoubtedly true. Gallup has conducted polls on the confidence of Americans in their major institutions for many decades and the results are crystal clear.

Faith in the government, the media, the trade unions, the universities and the specific professions fell gradually from the 1970s onwards. In recent years, the decline has accelerated.

The results are stark but hardly surprising to anyone who has followed the social science literature in this area recently, especially the work of authors as diverse in ideological persuasion as Robert Putnam and Charles Murray.

But you don’t have to dig deep to see this is so. The evidence that people no longer believe in the institutions which were crucial to the lives of their parents and grandparents is all around us.

Political parties which used to truly be mass movements struggle on with fewer and fewer devoted followers, in a political environment where the ‘outsider’ is exalted and the ‘insider’ is castigated.

Religious affiliation rates have dropped significantly in recent decades, along with church attendance.

Newspaper sales have fallen, and more and more people prefer to get their news from more self-centred sources such as through their social media accounts.

There are more people in employment than ever before and yet the influence of trade unions has weakened significantly.

The make-up of the most important social institution of all – the family – has been changed beyond recognition with fewer and fewer children being raised in two-parent homes by their married parents.

Institutions are declining or dying, and individualism reigns triumphant.

Naturally, this brings with it certain advantages. In this more individualistic age, people are unquestionably freer from social obligations than previous generations were.

Powerful institutions of yesteryear limited freedom certainly, and imposed upon their members limitations which were burdensome: the necessity of doing this, the undesirability of doing that, and so forth.

But in establishing norms and ensuring that people lived up to them, social institutions also helped to build character in individuals. Those same individuals would then work to maintain the high standards which the institution had inculcated in them.

In turn, people whose habits and expectations had been shaped by important institutions then played a key part in building the thriving institutions of a healthy civil society.

At the heart of Levin’s argument is the question of formation: and the important change which has occurred from looking at institutions as being “formative” to viewing them as “performative” places in which individuals can play whatever role they deem to be desirable.

“We have moved, roughly speaking, from thinking of institutions as molds that shape people’s characters and habits toward seeing them as platforms that allow people to be themselves and to display themselves before a wider world,” he writes.

Once more, it is hard to disagree with Levin’s analysis.

Politics is more focused on individuals and optics than ever before. Politicians seek the limelight for its own sake, rather than to transmit their vision for a political system based on the common good.

Young politicians – Levin cites the New York Congresswoman Alexandria Ocasio-Cortez as an obvious example – are more focused on building their Twitter following than in learning how to play a constructive role in legislative deliberations.

Though a Republican and a conservative, Levin does not hesitate to also point a finger of blame at the most self-promoting and narcissistic politician in modern memory: Donald Trump.

The tendency to use an institution as a theatre in which to perform goes far beyond politics. As an institution like the journalistic profession goes through “this transformation from mold to platform,” many journalists have ceased to think of what they should be (upholders of the best traditions of the industry) and now aspire to become influencers, activists and minor celebrities instead.

The advent of social media and the ‘cult of celebrity’ adds further to this, as it incentives us to focus on ourselves while avoiding meaningful commitments to the institutions around us.

Though not a particularly long book, the author addresses a great many topics, and Levin’s insights into the decline of the institutional power of the Catholic Church are particularly interesting, focusing as he does on how this strength of Catholicism quickly became its greatest weakness in the midst of the sexual abuse crisis.

Never was institutional responsibility more necessary, and never was it more lacking, with catastrophic consequences for an organisation’s credibility.

The greatest strength of this book is the quality of Levin’s insight across a range of areas.

Thankfully, although Levin has been close to several major Republican politicians, but his writing is far from partisan.

His work is political, but it is not especially party political. His greatest interest as an observer of political and social developments is not which party holds power, or what they choose to do with that power, but what occurs in the space between the individual and the state. This is where society exists, thrives or fails.

True, Levin has a conservative worldview, but when it comes to moral formation the question he poses is worth considering by a reader who may not share all of his convictions.

Institutions – particularly those of an economic or religious nature – are often somewhat feared by the Left. Rousseau lamentation that “man is born free, but everywhere he is in chains” reflects a worldview which considered that humanity’s problems lay in the constraints which societies and their important institutions imposed on ordinary individuals.

Give the people freedom, Rousseau thought, and all would be well.

“But this vision has always been opposed in our traditions by a far more sceptical view, which assumes that a person begins imperfect and unformed – not to say fallen,” Levin notes.

“It assumes that each of us is born deficient but capable of moral improvement, that such improvement happens soul by soul and so cannot be circumvented by social or political transformation, and that this improvement – the formation of character and virtue – is the foremost work of our society in every generation.”

In a world where so many people lack attachments or purpose, those who are concerned with the effects of social atomisation should consider Levin’s arguments about the importance of social institutions.

The happiness of the next generation of society depends on people who will work on building the institutions of tomorrow.

And that work has to start today.