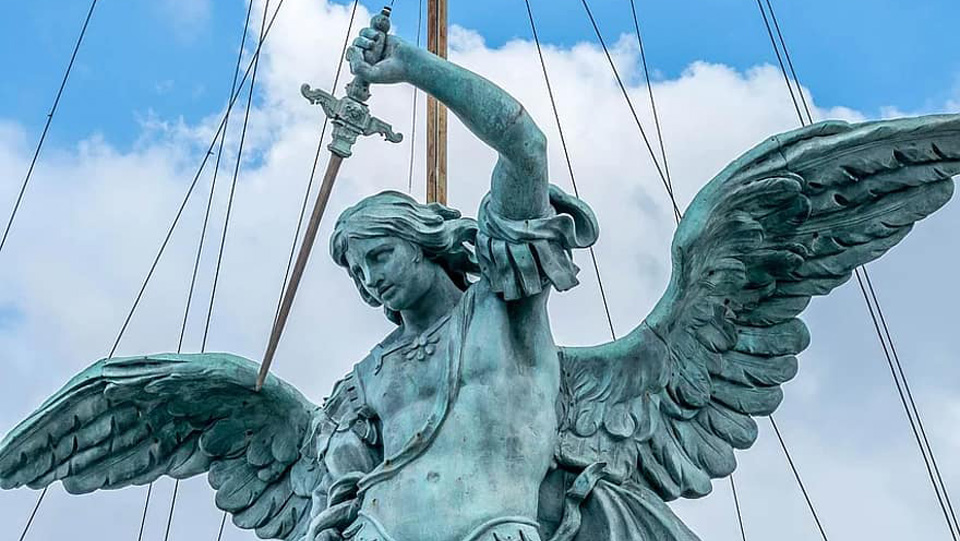 R.R. Reno’s Return of the Strong Gods: Nationalism, Populism, and the Future of the West was published late last year.

As editor of the well-known religious journal First Things, Reno is a prominent figure in conservative circles in the United States.

Intellectuals and writers within or around the author’s milieu have contributed some of the sharpest insights about recent political and social upheavals, and in this book, Reno provides an initial grim assessment of the long 20th century and all it has wrought.

“[O]ur societies are dissolving,” he states early on.

The causes of the current discontent, the author argues, are manifold. But at the heart of the problem is the decline of the “Strong Gods” of nationalism, religion and family which are viewed by the ruling elite as being in conflict with a post-war consensus which is defined by openness and diversity, rather than oneness and order.

Economic individualism and social liberationism, which Reno sees as being closely intertwined, have torn apart the bonds which used to exist within societies.

“The strong gods are the objects of men’s love and devotion, the sources of the passions and loyalties that unite societies. They can be timeless,” he writes, while being careful to acknowledge that history shows that the strong gods include modern ideologies which could be exceptionally dark indeed, dark enough to plunge the world into war.

Over the last century, Reno argues that the strong gods have been deliberately replaced by weak ones where the new central values are openness, inclusion and opposition to the past.

While the author does not dwell heavily on recent events such as the Trump presidency or the rise of populism in Europe, he claims that there is a desire among the public for a return to the traditional values which unified their parents’ and grandparents’ generations:

“We need to recover the “we” that unites us, but the postwar consensus is an undying zombie. The West needs to restore a sense of transcendent purpose to public (and private) life. Our time — this century — begs for a politics of loyalty and solidarity, not openness and deconsolidation. We don’t need more diversity and innovation. We need a home. And for that, we will require a return of the strong gods.”

In assessing this work by Reno, there certainly are positives.

Although it is relatively short at 208 pages, the author manages to include a very wide-ranging analysis of recent social developments and philosophical thought.

Reno is clearly a keen observer of historical and political trends, and his writing demonstrates the considerable knowledge base one would expect in an editor of such an influential publication.

Reno’s analysis of multiculturalism and how it is invoked to negate previously-popular traditions and values in Western countries is correct, and his assessment of how this dogma reinforces the malevolent parts of the nativist instinct is exceptionally shrewd.

What he calls the “perverse gods of blood, soil and identity” were greatly weakened over the last century, at a time when the liberal model valued equality of opportunity, and where it was mostly taken for granted that we should focus not on the colour of a person’s skin, but on the content of their character.

The social justice warriors of the last decade have mutated this progressive value system and turned it into something else entirely by insisting that racial differences be identified and exaggerated at every turn, along with differences when it comes to gender or sexuality.

The wilful Balkanisation of Western societies which has been slowly progressing has been accelerated rapidly by the rise of the radical, Marxist-leaning “Black Lives Matter” movement.

This approach will not lead to a cohesive, stable society: and those promoting it know this very well. One of the worst effects of this process — one which Reno rightly draws attention to — lies in how it strengthens race-baiting minorities within native populations.

Viewing everything through the prism of race inevitably provides an opening for racist groups: a placard screeching “White Privilege!” will soon be countered by another proclaiming “White Power!”

A positive, measured approach to nationalism (a word which in an ideal world would be replaced by the nobler word “patriotism”) would focus on the “shared loves” which Reno describes, common loyalties can bind millions of strangers to one another as they seek to improve their shared home.

Unfortunately for those sympathetic to such a viewpoint, few if any politicians have been able to enunciate a nationalist vision which is strong enough to hold people together, while inclusive and attractive enough not to isolate any large segment of the population from the main body politic.

Reno’s overview of the social problems afflicting Western societies — and of the consistent refusal of the ruling class to acknowledge, let alone try to fix, them — is also broadly accurate.

In case after case, those at the helm refuse to face the real challenges. As marriage rates collapse, they discuss transgenderism. As drug overdoses become alarmingly common, they move towards legalisation. As the suicide rate increases, so does the volume of those loudly demanding the introduction of euthanasia.

In this environment, the desire of an alienated and abandoned voter for a strongman leader is understandable.

But that does not make this desirable. True, populism has risen and the previously-impregnable post-war consensus has been challenged, but there is precious little evidence to show that this approach actually delivers results.

Using the ballot box to express anger will not address the causes of that anger if the politician who benefits lacks the ability to lead or a credible plan to enact.

The poor performances of Presidents Trump and Bolsonaro during the Covid-19 crisis shows the real difficulties this can result in.

Unfortunately, and as is the case in many recent books on this subject, Reno does not make any real effort to propose solutions, apart from calling for a return to the values of yesteryear.

Intentions to “restore public life,” develop “a language of love” and attend “to the strong gods who … animate the best of our traditions” sound lovely, but they do not constitute a policy platform. Reno hints at his possible support for the Polish and Hungarian governments, which have combined high public spending, limited immigration and an emphasis on national sovereignty, but he does not elaborate.

Furthermore, the parts of the book dealing with economics are the most poorly developed.

Again and again, he criticises economic globalisation and free market economics, drawing a false parallel between the focus of centre-right parties on preserving economic freedom with the focus of left-wing parties on social liberalism.

Reno singles out the famed libertarian economist Milton Friedman for particular criticism, and like many other observers, he looks to the American economy of the post-World War 2 era with rose-tinted glasses: suggesting that the greater sense of social solidarity which existed then has been damaged by international trade and outsourcing.

Towards the end, he allows for a belated acknowledgement of the “great wealth” and relative peace which the post-war consensus has resulted in — a process which has resulted in massive progress for hundreds of millions of people in less developed countries who have only recently been able to enjoy the benefits of being part of a global economy.

They are not the causes of the present social unease, and neither is international trade or globalisation, or immigration for that matter.

The lack of collective self-confidence and the self-conscious distancing of large segments of the population from previously powerful and popular social institutions was not precipitated by the arrival of some newcomers, or recent changes to the global economy. A general call for a return to the past — devoid of any suggestions as to what this should involve — will solve nothing.

Interestingly, in his “Acknowledgements”, Reno cites the Israeli-American political philosopher Yuval Levin, and in particular his book The Fractured Republic, as having influenced his thinking about modern America.

The full title of Levin’s book, published in 2017, was The Fractured Republic: Renewing America’s Social Contract in the Age of Individualism.

While describing the same recent trends of social breakdown in the United States, Levin did not call for a return of strong gods, and did not suggest that the solution lay in one dramatic change at national level: such as the election of a new President or Congress.

Instead, Levin urged that the focus needed to shift towards the mediating institutions which allow citizens to work together within a large and diverse society. “Our national revival,” Levin argued,

“will ultimately depend on our ability to revive human-sized institutions of various forms and characters: familial and communal, social and political (of all parties and stripes), charitable and commercial, educational and spiritual, sacred and profane. We will recover our strength and also our unity by living more of our lives at eye level with one another.”

Levin would later expand on these views in A Time to Build, which was published in January.

Levin was realistic enough to know that there is no single solution. What he looks to are small gods, close enough to help bring people together, but not so mighty as to place what we have at risk.

Reno’s approach, in contrast, is far less appealing. He seeks a return to the past, and provides no directions for how to get there.

Return of the Strong Gods: Nationalism, Populism, and the Future of the West