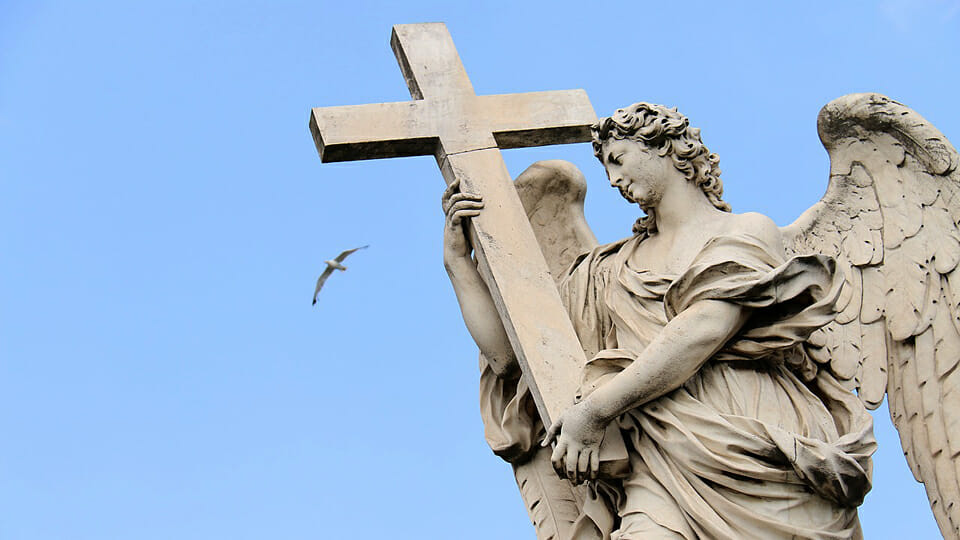 ‘Is Europe Christian?’ will strike some as being a provocative book title.

This short (112 pages) work by the French political scientist Olivier Roy came out last year, and the hardcover English-version was recently published.

Roy’s main expertise is in the area of Islam, and he has written extensively about religion, culture and radicalism.

In this book, Roy addresses the topic of modern Europe’s relationship with Christianity in light of the growing tendency of both centre-right and populist politicians to point to Europe’s supposed Christian identity, amidst growing Muslim immigration and ever-more contentious public debate about what this will mean.

The relationship between modern European society and the Christian religion became very topical in 2004 during the debate over whether or not to include a reference to Europe’s Christian roots in the proposed EU Constitution.

The proposed reference was not included ultimately, even though the European project had originally been driven by devout Catholics such as Robert Schuman, Konrad Adenauer and Alcide De Gasperi.

As Roy describes, two crucial social shifts between the formation of the EEC in the 1950s and the debate over the EU Constitution fundamentally altered Europe’s relationship with Christianity

Firstly, there was the large-scale secularisation of Europe, in terms of religious participation and belief. Secondly, the arrival of large numbers of Muslim immigrants in countries such as France, Germany and the United Kingdom, a process which put an end to the virtual religious monopoly which Christianity had enjoyed.

That second development has been followed by fiercely-fought debates about national cohesion and cultural values across Europe.

Even though rates of church attendance remain low, a new generation of populist firebrands are now emphasising the role which Christianity plays in shaping Europe’s character.

Often, the tactics are not subtle: in Italy, the Lega Nord leader Matteo Salvini is well-known for his habit of kissing his rosary beads in public, and invoking the Virgin Mary’s support during political speeches.

It is not just politicians on the fringes of European politics who are making these arguments.

Germany’s Minister of the Interior Horst Seehofer – a crucial ally of Angela Merkel – has firmly refuted the idea that Islam as part of Germany’s culture.

“No, Islam is not part of Germany,” Seehofer said in 2018. “Christianity has shaped Germany, including Sunday as a day of rest, church holidays, and rituals such as Easter, Pentecost and Christmas.”

Such statements, Roy argues, are at the very least greatly misleading, given the scale of the collapse in European religiosity in recent decades. Though some vague attachment to Christianity is still important to most Europeans’ sense of themselves, Christianity as a belief system has collapsed.

The data he cites is compelling: while 59% of the French population describe themselves as Catholic, only 38% claim to believe “in some sort of God,” and though 76% of Danes profess allegiance to the (still established) Lutheran Church, only 25% say they believe Jesus is God’s son.

Aside from the issue of belief and disbelief, Roy suggests that to speak of a Christian culture in modern day Europe is misleading. Although the legislative framework varies across Europe, there are certain common features – for instance, the legalisation of abortion – which show how far removed modern societies are from traditional Church teaching. 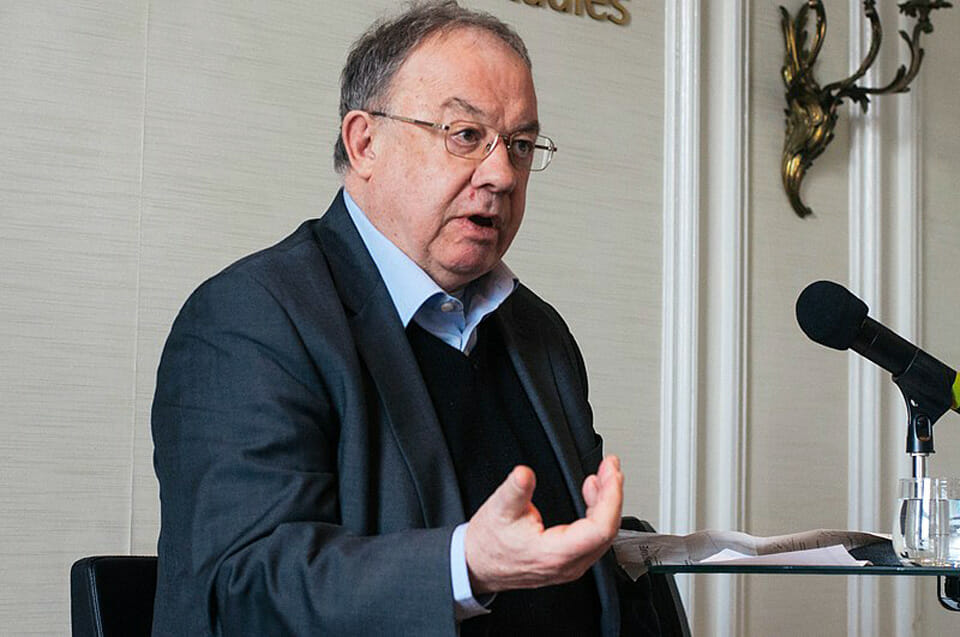 Even without any noticeable signs of a religious revival however, it is easy to see why politicians are increasingly genuflecting towards the continent’s past piety.

‘Culture war’ struggles over religious symbols and practices (such as recurring controversies over Nativity scenes in public places) often occur.

As examples, Roy mentions the famous Lautsi case about whether crucifixes could be displayed in Italian classrooms, as well the decision in 2018 by the German state of Bavaria to require that a cross be displayed in every public building.

Theological or philosophical arguments aside, it is easy to see why an ordinary voter would resent the removal of a symbol of their faith (even where that faith is faint or muddled) by distant politicians or unelected judges – particularly those based in a foreign jurisdiction.

But Roy sees a real risk in focusing too much on symbols, particularly when they are being embraced for reasons which have nothing to do with faith, as in Bavaria where the ruling CSU party brought in the requirement for the display of crosses to ward off accusations by the surging far-right AfD party that Merkel’s government is soft on immigration.

“[T]he meaning of these Christian symbols has changed. They have become signs of activism, a way of bearing witness, rather than cultural or professional symbols,” Roy writes. “Instead of being the expression of a traditional culture deeply infused with Christianity, these symbols today seem to indicate a desire for reconquest, or to display identity markers in the face of Islam.”

Roy notes with great perceptiveness that in successfully defending the presence of the crucifix in classrooms, the Italian government had said that the crucifix was “simply a national symbol of Italian culture, arguing that it could not be construed as representing proselytism since it had nothing to do with faith.”

Bavarian politicians adopted a similar line of argument when defending the new requirement to display crosses.

In a similar manner, irreligious populists and nationalists have recently embraced Christianity symbolism on the most shallow and superficial level: as a means of reinforcing European culture against ‘the other’ without engaging with the religious meaning of the Cross: a meaning which was obvious to most Europeans over the last 2,000 years but which is increasingly alien to the religiously illiterate masses of today.

Though he does not write from the perspective of a Christian polemicist, Roy sees a real risk for believing Christians in the removal of religious meaning from the symbols which they hold dear.

The blurring of the lines between the Christian religion and the broader culture which is involved when proposing the idea of a Christian Europe is also problematic, and does nothing to revive the faith.

“Seeing the return of Christian cultural symbols to public space as the starting point to win back souls is absurd,” Roy explains. “Those who promote it care little for the teachings of the Church; their intentions pertain more to folklore, entertainment, spectacle and exploitation. Paradoxically, bringing back Christian symbols actually helps to secularize religion.”

This is an exceptionally absorbing book.

The quality of Roy’s analysis and the breath of his historical and political knowledge is highly impressive.

Far from being anti-clerical, Roy freely acknowledges the crucial role that Christianity has played in shaping the landscape and character of modern Europe, and he laments the lack of religious understanding among France’s recent political leaders.

Throughout the book, Roy raises interesting questions and makes incisive points which few others would think of. He is predominantly focused on Catholicism: not just because of his French background, but because of the way in which the Catholic Church views the battle over Europe’s historical character.

Even though conservative Protestants often share moral beliefs with Catholics, their approach to Europe’s past and future are completely distinct. Evangelical Protestantism, Roy avers, are comparatively “uninterested in the past.”

The role of the state churches of northern Europe in this debate – the Anglican church in England, the Lutheran churches in Scandinavia – is not addressed at any length, but there is a good reason for this.

“[I]f I seem to grant the Catholic Church a virtual monopoly on Christian expression, it is because the major Protestant churches in Europe have been self-secularized, as we have seen, and have attempted to integrate new paradigms into their theology, such as the ordination of gay ministers or religious services for gay marriages, which dilute them even more in secularized society.”

The near-total irrelevance of this type of ersatz Christianity should answer the question of what would happen to the Catholic Church if it followed the same path of accommodating itself to the whims of Caesar and the commentariat.

Yet Roy seems strangely critical of the Church for not doing just this.

While noting the growing cleavage between contemporary European society and traditional Christian beliefs, he criticises what he calls “Christian radicalization over the issues of abortion and same-sex marriage.”

How steadfastness in adhering to 2,000 years of Church teaching amidst rapid (and destructive) social change can be defined as “radicalization” is anyone’s guess.

Chapter 6 is titled ‘The Religious Secession: The Encyclical Humanae vitae (July 1968),’ and focuses on how the rejection of artificial contraception represented a turning point in how Europeans viewed the Church.

“Where did this bombshell come from?” Roy asks incredulously. “Many Christians were expecting the Church to adapt to the tide of sexual liberation, but instead, just when birth control pills appeared on the European market, hence proposing an alternative to abortion, the pope issued an encyclical taking a stance against the changing mores.”

The “bombshell” came from the same source as all the existing teachings up until that point, and for the same reasons. And the so-called “alternative to abortion” did nothing to prevent a social revolution which saw the killing of unwanted or imperfect human beings made legal across a continent which had not embraced such thinking since pre-Catholic times.

There is one further difficulty with Roy’s case (which is one that Christians would do well to read and engage with) and that lies in the language he uses when referring to how Popes John Paul II and Benedict XVI – along with other Catholics – had aspirations of “reconquest” when it came to Europe.

This is hardly fair, given the Church’s formative role in European/Western civilisation.

Of course, the Church’s mission is not a Eurocentric one. Christ’s injunction “Go ye into all the world and preach the gospel to the whole creation” does not place special emphasis on one continent at the expense of any other.

But given the role which Europeans have played in building the Church, and given the Church’s role in building Europe, it is hardly surprising that Christians would ask searching questions about what values are at the continent’s heart. It follows on from this that European Christians would play a role in advancing those values through the political process.

Is the Europe which exists today Christian? Hardly.

But the European house is built on Christian foundations, and laid out according to Christian designs.

At each step of the construction process, the influence of Christianity was felt as the building was lovingly added to.

While the current tenants may have forgotten the past, they should still count themselves fortunate that others have constructed this home for them, even if each new floor they add is gaudier and more structurally unsound than the last.

Europe’s prodigal sons are prone to forgetfulness, but it is not wrong to hope that they will return in time, and appreciate the inheritance that has been foolishly squandered heretofore.

If they do, they will find that the solid foundations remain in place, and ready to be built on again. 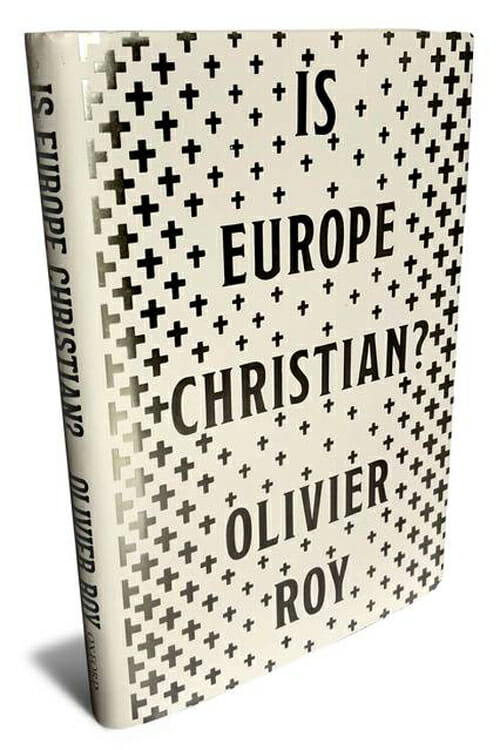 Emperor Palpatine is the true hero of “Star Wars”