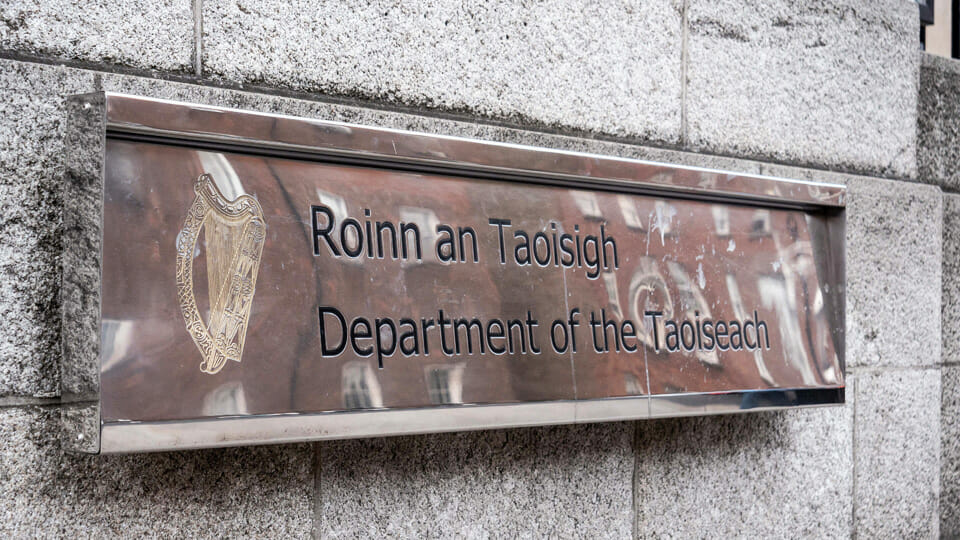 In Ireland, the outbreak of the Coronavirus has resulted in emergency powers being granted to the government, which is spending massively and rushing through new legislation to deal with the crisis.

All of this is understandable. At home and abroad, those who are normally wary of large-scale government spending or excessive state control are rightly giving politicians the benefit of the doubt.

Halting the spread of the Coronavirus is every nation’s first priority. Repairing the economic damage and paying back the debt incurred during the crisis will involve sacrifices in the future, but compared to the task of saving so many innocent lives, this is a minor concern.

What is concerning, however, is that some emergency measures which the government has enacted are already being exploited by left-wing politicians eager to use COVID-19 as an excuse to advance their policies.

The economic condition of pre-crisis Ireland was relatively strong, but February’s general election indicated that the Left was gaining in strength.

Following an election campaign in which our parties competed to outbid one another in promising more spending on health, housing and other areas, Sinn Féin won the most votes.

Sinn Féin was unable to follow up on its landmark victory by forming a government due to the refusal of the main parties to do business with them, but recent opinion polls have shown that they have cemented their status as Ireland’s most popular political party.

Outside of government, Sinn Féin has been unable to bring about the tax hikes and massive spending increases which it seeks.

Now, however, some of Sinn Féin’s main policy goals are becoming a reality due to the (necessary, but hopefully temporary) actions of the government, which has just introduced a nationwide rent freeze, while also taking control of every private hospital in the country.

Beginning in 2016, and in keeping with the gradual leftwards movement in Irish public policy, Fine Gael had already been implementing rent control measures in designated ‘rent pressure zones’ throughout the country.

This policy has failed to stop rents from going up in Ireland, just as similar policies have failed miserably in American cities such as New York and San Francisco.

Far from increasing rental supply, rent control restricts it by discouraging landlords from staying in the market, while also discouraging them from making necessary improvements to properties which gradually become less valuable to them.

Rent control often benefits some people who live in properties where the rent cannot be raised, but this benefit comes at a great cost to countless others who as a result of such regulations are unable to find accommodation in a rental market where more and more people compete for fewer and fewer rental properties.

The policy of applying a rent freeze to all of Ireland is meant to be a temporary one, but experience elsewhere shows that a determined special interest group (i.e. those existing renters who will benefit from a rent freeze) can prevent any change to a policy which is detrimental to the general interest of the public at large.

The government’s decision to take control of private hospitals to help cope during the Coronavirus crisis also represents the fulfilment of one of the major aspirations of the Irish Left.

Every year, our health budget is increased substantially, and every year overspending occurs.

In spite of this largesse, waiting lists for procedures are among the worst in Europe.

Almost 700,000 people were on such lists before this crisis (out of a population of less than 5 million), and those who find themselves in A&E are routinely subjected to cruel and lengthy waits before being treated.

Unsurprisingly, around half of the population chooses to purchase private health insurance, to ensure that they can avail of a better quality of care in our excellent private hospitals.

The existence of a private alternative to a failed state-run system, and the crossover between the two sectors due to the fact that the same doctors often work in both systems, has long been a bone of contention among socialist politicians here, who wish to stamp out for-profit medicine, regardless of the costs to patients, taxpayers and society as a whole.

Now, their wishes have been granted. The Irish state controls all hospitals in Ireland, and there are more than a few politicians who will fight tooth-and-nail to ensure that this temporary situation becomes a permanent reality.

“Nothing lasts longer than a temporary government programme,” Ronald Reagan used to say.

History proves him right, just as it shows that a crisis that necessitates collectivist measures in the short to medium-term (like those which Britain had to suffer through during WW2) can easily convince people to support statist economic and social policies in the long-term (like those which Clement Attlee’s Labour government introduced after Labour’s landslide win in the 1945 general election).

The natural desire of a nation to be bound together to overcome a great challenge can easily be abused, at a cost to the individual and society alike.

Ireland’s left-wing politicians have reacted with a certain glee to the aforementioned measures. Amidst so much anxiety and suffering, they recognise the opportunity which has been presented to them.

And when the storm abates, they will be ready to ensure that this crisis does not go to waste.