With the future of Brexit being thrown ever more into doubt, and the EU wringing their hands at the opportunity to further humiliate Britain, Ireland is at risk of being little more than a political football used and abused to achieve an end. Strong statements are issued on the backstop, and EU collegiality touted. We have been here before and we have been stung before.

Here’s a revolutionary thought, why doesn’t Ireland chart its own course – rather than wait for the results of the prolonged EU-UK divorce?

Ireland is a unique and blessed country. With global goodwill on our side, and far-reaching historical connections to pretty much every corner of the world (both inside and outside of the EU), Ireland could be a far greater world power than it has ever been. And Brexit is Ireland’s opportunity on a number of fronts.

Economically, thousands of jobs and HQs are being moved from London to Dublin. Yet our income tax regime punishes medium-to-high earners, as opposed to incentivising them to move to our Island. In terms of corporation tax, the benefits and jobs arising from Brexit far exceed potential tax revenues.

In my opinion, the Irish government should up the ante in our pursuit of businesses in Britain. The government should announce that any business which moves its operations to Ireland will not have to pay corporation tax for a period of 5 years – till such a time when their operations resemble the level they previously were at in Britain. The French use a similar system to attract the best sports stars – why not us? Additionally, our government should slash income tax rates across the boards so the Irish men and women working these new jobs will truly feel the benefits and increase their contribution to our economy – as opposed to the government’s coffers.

As our tax base is disproportionately reliant on income tax as revenue, these cuts would offer an opportunity to alter our tax base. First of all, as these cuts would result in declines in revenue; government spending would invariably have to be reduced to offset many of these cuts. Second of all, by decreasing our income tax rate, this may allow for the transition to a general sales tax to greater stimulate economic growth. Third of all, a cut in income tax rates will lead to greater funds being re-invested into the economy which will in turn reduce the dependency on benefits and social security.

The argument arises whether this is permissible to State Aid in light of the Apple case (which included exceptional distortion of the law surrounding State Aid to punish Apple). Till stated otherwise, member states still have sovereignty over their taxation systems. We have the right to set our tax rates at any rate. This isn’t protectionism, rather this is gearing our economy to simply be more desirable than the rest of Europe’s. Proponents of Brexit have argued the UK will be able to do exactly this once they have left the EU, why shouldn’t we?

Such a scheme would also allow for development of areas like Galway, Limerick, Cork and the Midlands. Through targeted area grants and tax incentives, counties like Sligo and Leitrim could find their prospects boosted by newly relocated international businesses. This will stop the brain drain to Dublin, and will have the additional effect of reducing the scramble for properties in Dublin. Playing our cards right could result in an Ireland for all counties, instead of an Ireland ruled by those inside the Pale. Where there is equal economic clout across all counties, our governmental structures will have to adapt.

For this to happen, counties and regions will require directly-elected mayors to govern these areas. Tax rates and budgets can be decided on a local level, akin to the state/federal dichotomy in the United States.  Transport links will have to be improved, investment in infrastructure increased, and forgotten areas like Boyle in Roscommon and the Midlands will finally receive the economic lifeline long-needed. The election of Trump and the occurrence of Brexit shows what happens when disenfranchised regions decide to send a message…

Additionally, for those who dream of a united Ireland, the development of the republic as an economic powerhouse has the dual effect of negating the economic reservations about a united Ireland, and convincing non-ideological voters to vote yes to a 32 county republic.

Presently, the South is economically more independent than the North and less reliant on public sector employment than our northern brethren. However, cities like Derry and Belfast – if further opened up to private investment – would be valuable additions to any economy.

At the turn of the 20th century, Belfast was the largest producer and exporter of linen in the world whilst boasting the world’s largest shipyard. Additionally, over the past decade, Belfast’s employment has grown at a rate exceeding the UK average (16.4% to 9.2%) and boasts a booming tourist industry.

Derry’s economic development has been dramatically hindered by partisan decisions such as the building of Coleraine University and the development of Craigavon as opposed to Derry.

These landmark advancements would ensure that Ireland can stand toe-to-toe with France and Germany if the need should arise and guarantee that the browbeating of our nation by the European Commission and TROIKA in our darkest hour will never be repeated. Having external investment as a core plank of one’s economic model of course brings with it its own risks, yet nations like America, the UK and Israel have shown that this plank also is the most effective mechanism for growing one’s economy. The attraction of external investment does not mean discarding our domestic industries which employ thousands. Yet it would be remiss to discount the effect multi-national businesses have had in improving Ireland’s economy. By seeking further investment and growth, we are merely seeking to use the model that has led us to success thus far and adapt it slightly to take advantage of the lacuna presently existing in the market.

For once, let Ireland look out for Ireland and not wait for direction. Let us lead, and not be lead. We don’t always have to share, the US sure doesn’t and if the UK could afford not to they wouldn’t either. Why not take as large a slice of the pie as we can, and not just one 27th of the pie… 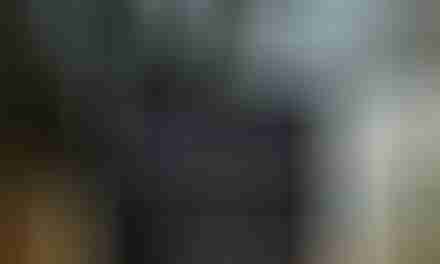 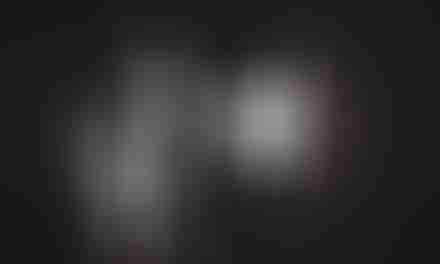